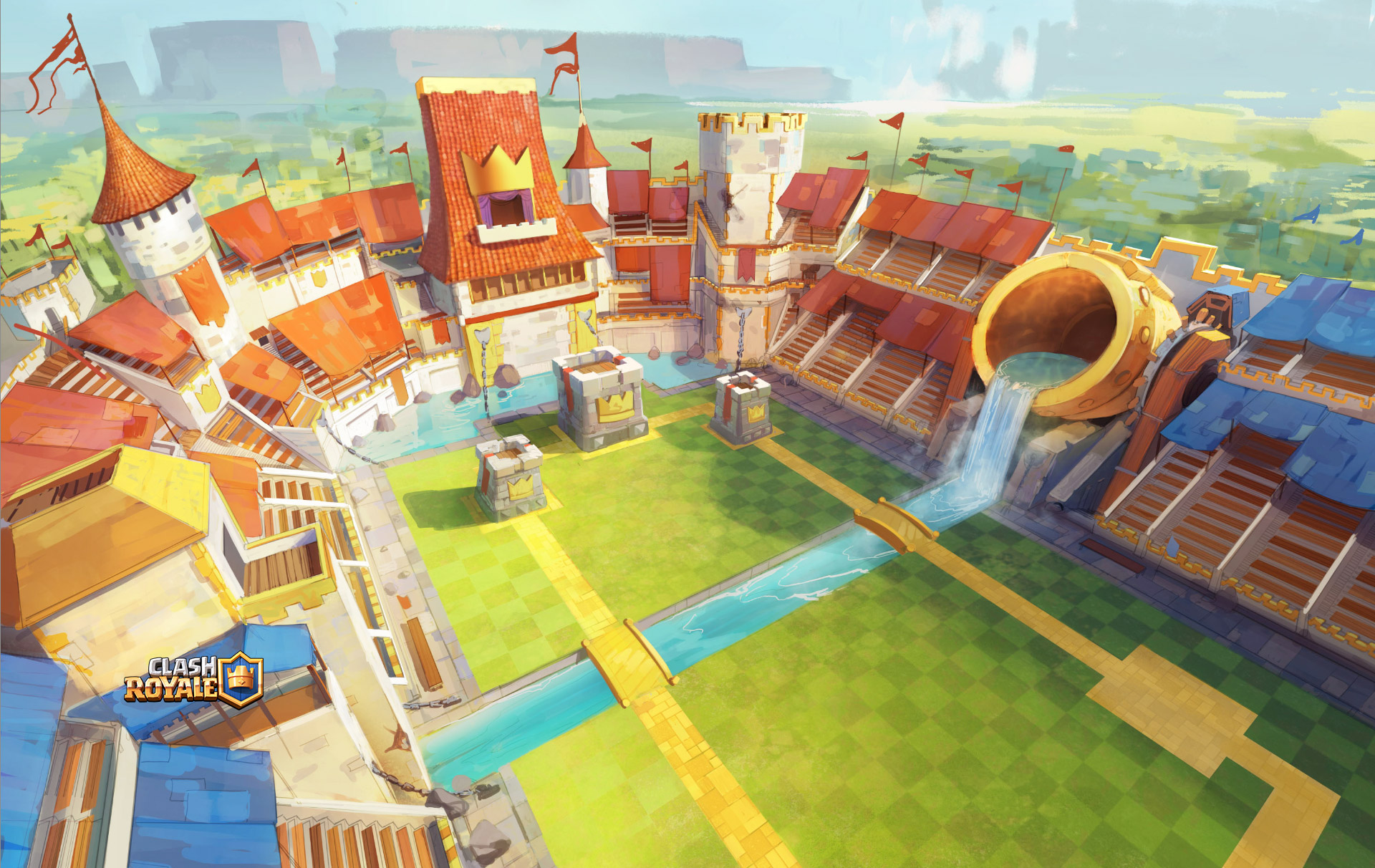 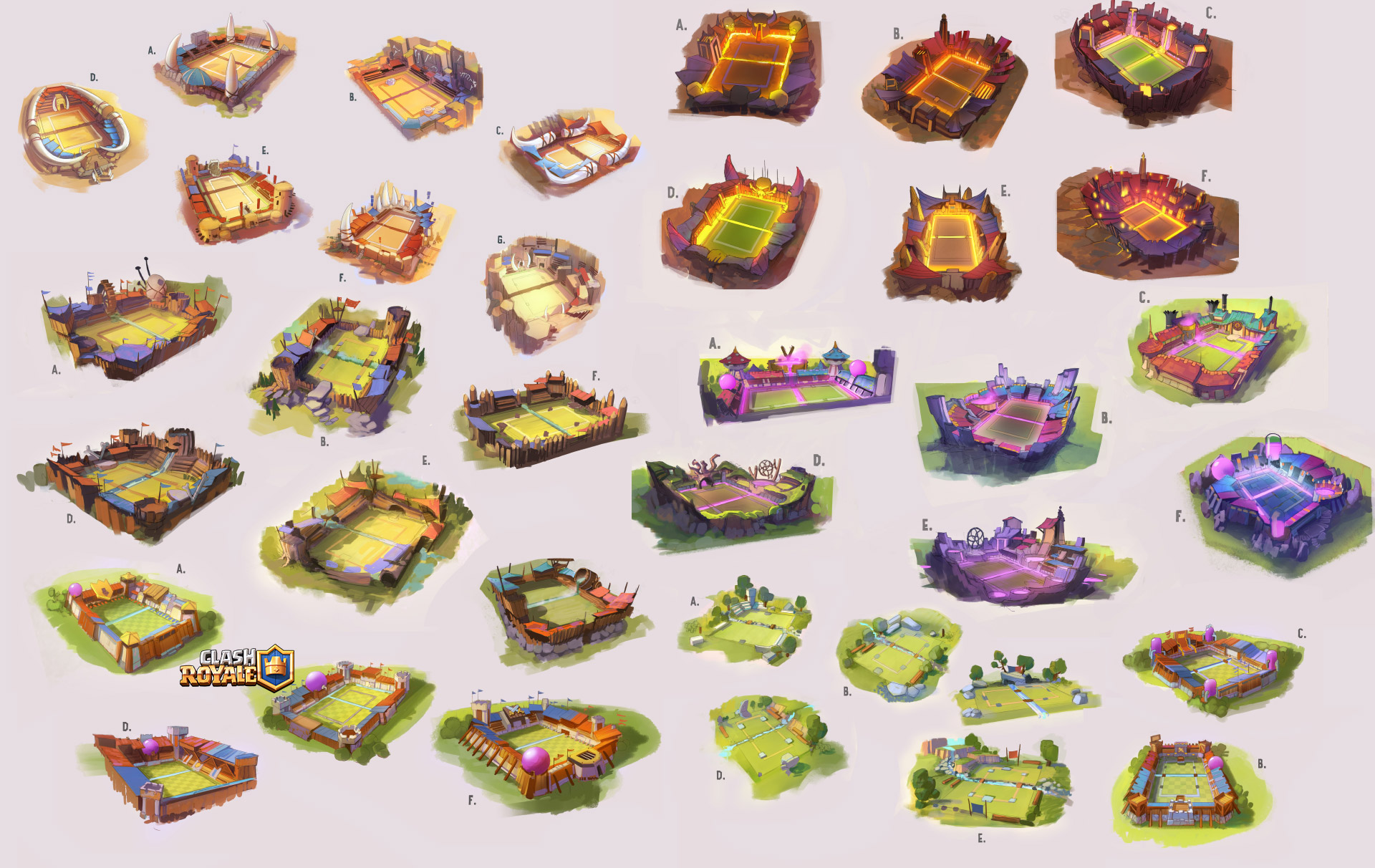 “Piñata created concept art and explored ideas based on different themes given by the game team.”

In the Supercell game Clash Royale you carefully build your deck and battle epic battles on arenas. As you proceed in the game, you move onto new arenas each different than the last!

To help with the visual development, Piñata created concept art and explored ideas based on different themes given by the game team. As the player moves onto new arenas, also new cards are revealed and the arenas visually reflect the theme of these new cards, units and spells.

For the Royal Arena, also a more thorough concept art illustration was done to help the 3D work in animated commercials.

“It’s always a pleasure to get this much freedom in a project. In the case of Clash Royale, I felt I could really focus on delivering ideas and visual concepts, which in turn helped the game team ideate the arenas further and see what works in the actual game. It’ amazing to see the whole arch of inspiration; how one little idea or spark of imagination leads to another, and then another, and in the end you come up with something truly unique. It was great work in this together with the creative Clash Royale team!” Tuomas Korpi from Piñata says.